In 1925 two Belgian industrialists met at the Brussels Fair: one specialist in enamelling and the other expert in fusion. Together they came up with a way to glaze the cast iron and brought color to the kitchen.

Together, the founders of Le Creuset ushered in a new era in the cookware industry.
After their first meeting, Armand Desaegher and Octave Aubecq decided to collaborate and defined the basic production process of the vitrified cast iron cocotte that we still use today. In 1925 they created a working prototype and thus Le Creuset was born.

The founders then opened a foundry in the village of Fresnoy-le-Grand, about two hours north of Paris. Our factory is located at a crossroads of communication routes, making it easier to procure the iron, coal and sand needed for production.

Inspired by the vivid orange color of the cast iron cast inside the molds, the first vitrified shade of Desaegher and Aubecq (Volcanic Orange) has become our signature. Price €249.00
Quick view
Put this elegant wok on the hob and prepare your favorite dishes. It is perfect for cooking vibrant Asian dishes, but also recipes from other... Price €259.00
Quick view
It is not round, nor square, and not even oval. This reliable cocotte with an original shape is a unique and beautiful piece and guarantees... Price €269.00
Quick view
Our vitrified cast iron pots are handed down from one generation to the next, just like grandma's recipes. Practical, elegant and ultra-resistant,... Price €269.00
Quick view
Made in our French foundry, our vitrified cast iron products have become legend in the world of culinary art. This shallow pan is no exception.... Price €265.00
Quick view
For almost a century, cooks and chefs from all over the world have fallen in love: it is the cocotte Le Creuset, an authentic classic. Perfectly... Price €189.00
Quick view
For almost a century, cooks and chefs from all over the world have fallen in love: it is the cocotte Le Creuset, an authentic classic. Perfectly... Price €399.00
Quick view
Our non-stick pans are a real pleasure to use: they distribute heat evenly, allow food to come off easily using very little oil, and are perfect... Price €279.00
Quick view
This luxurious set is perfect for organizing a tasty fondue with friends. You will have at your disposal a fondue pot with handles and splash... 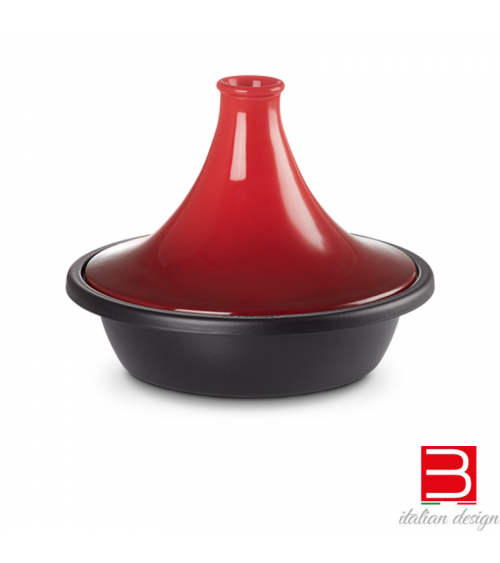 Price €269.00
Quick view
Use it to simmer meats or vegetables, in any way, adding a small amount of liquid. The vitrified cast iron base cooks food evenly, while the... Price €309.00
Quick view
Whether you are preparing a risotto, a tempting plate of pasta or a loaf, this cocotte is the one for you. It's really easy to mix thanks to the... Price €395.00
Quick view
This pot is ideal for slow cooking. The vitrified cast iron distributes the heat evenly and preserves the steam generated by cooking food to...
Back to top 

